Costume jewelry (also called trinkets, fashion jewelry, junk jewelry, fake jewelry, or fallalery) is jewelry manufactured as ornamentation to complement a particular fashionable costume or garment. Costume jewelry came into being in the 1930s as a cheap, disposable accessory meant to be worn with a specific outfit. It was intended to be fashionable for a short period of time, outdate itself, and then be repurchased to fit with a new outfit or new fashion style. Its main use is in fashion, as opposed to “real” (fine) jewelry which may be regarded primarily as collectibles, keepsakes, or investments. Costume jewelry is made of less valuable materials including base metals, glass, plastic, and synthetic stones; in place of more valuable materials such as precious metals and gems.

In the 1920s Lalique designed good mass produced quality glass jewellery.  Fake, costume or fashion jewellery was sometimes then called cocktail jewellery.  It was greatly influenced by Coco Chanel (1883-1971) and Elsa Schiaparelli (1890-1973).  They both encouraged clients to use costume jewellery and to mix it with genuine gem pieces they already owned.  Both designers offered imagination and fun and both often sported fabulous fakes.

In the late 1930s Napier of the USA was at the forefront of manufacturing fake cocktail jewels, which offered glamour and escapism.  Napier still produces excellent contemporary costume pieces.

Hollywood Influence: By the 1940s and 1950s American culture was very dominant in Europe.  The influence of movie films and the prominence of film stars set the fashion in manners, make-up, hair and clothes.  People wanted look alike copies of outfits and jewellery worn by screen idols.  It was widely believed that Hollywood glamour would rub off on you if you had the clothes and developed the look.

The Second World War in Europe halted production of fine jewellery when metals were rationed.  New estate type, fine precious metal and gem jewellery was simply not available.  Quality costume jewellery which was flourishing in America, became much more acceptable and was a real alternative to fine jewellery.

Because of technical advances in production methods, a huge range of styles was available from America, and since it was so popular the market became dynamic and inventive and affordable. 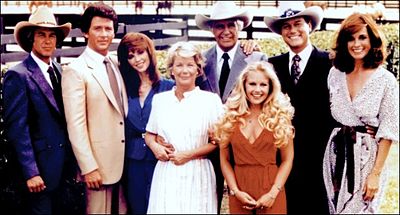 1980’s Television Influence – Dynasty, Dallas and Diamante: In the 1980s there was a huge revival of costume jewellery after the glitzy scenes from the television soap operas Dynasty and Dallas were watched by 250 million viewers in the consumer boon of the 1980s.  Diamante by day became the norm in reality and earrings reached such huge proportions that the 1990s saw a reaction which quickly dated lavish dress jewellery as the fashion for tiny real diamond studs or a fine stud pearls became the only earring to wear.  As soon as the fashion was declared dead by everyone, including grandmothers, it was revived again in 2000AD by the fashion cognoscenti.  Now fabulous fakes, especially brooches have gained ground once more.

Jewellery for the 21st Century

Costume jewellery can enliven a fashion wardrobe and bring a dash of panache especially for one off special occasions.  Fashion jewellery can be superb.  The superb is usually plated at least seven times with 18 or 22 ct gold or in Fine Sterling Silver.

For example Leonor Heleno Designs does a range of good fashion jewellery modelled on original fine gem pieces.  One of her trademarks is to make jewellery with NO toxic metals, in the finest Sterling Silver, Gems and Swarovski Crystals.  For example you might be able to find beautiful necklaces and bracelets inspired by the stars and fashion industry models. Her jewellery is exclusive to the website LeonorHelenoDesigns and she is constantly working on new ideas such is her enthusiasm.

The best crystals used in costume jewellery are the first grade crystals that the top Austrian firm Swarovski can offer. You can find several pieces (one of these below) made of these fine Crystals on LeonorHelenoDesigns. 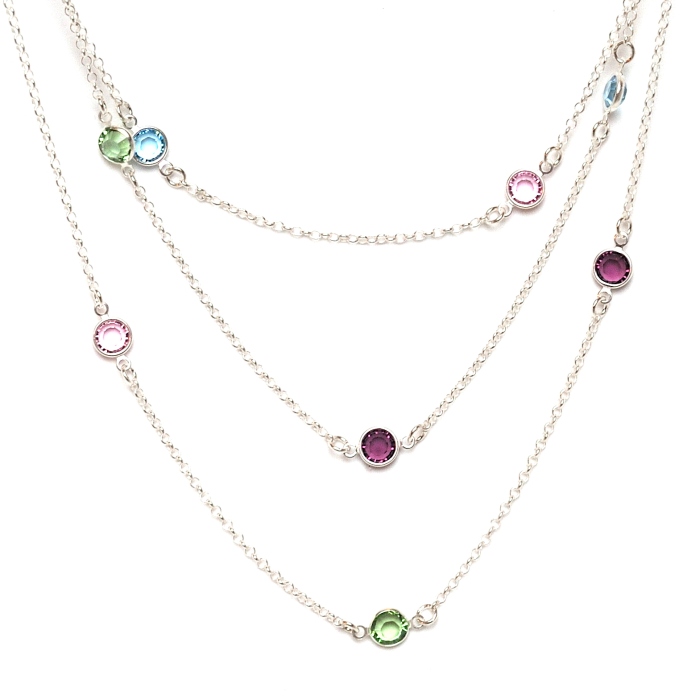